A reasonable forecast prior to the weekend but very changeable day by day as we got closer. What would actually happen ?

So we arrived Thursday evening to be greeted the waves breaking and Paul saying ‘it will be what it will be’, ‘there’s certainly going to be swell tomorrow’. and so it was.

Undeterred we set off for the Isle of May under a grey cloud and on a swelly sea. The further we went the more we could see sunshine behind us (the wrong way !) but the swell was lessening. Looking round the island the swell was from the SE making the NW the only ‘safe’ area.

So seals resting / swimming round the north side became our target. We were not disappointed, with many seal encounters. There were lots of younger seals and they were very inquisitive. 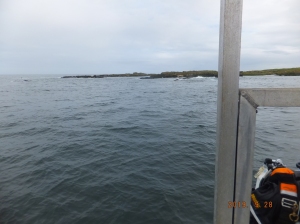 A short lunch break and we were ready again, For the bits of the Albany wreck. Ribs and hull plates with various scattered items along the sea bed. Life clustered in and amongst including conger and lobster. 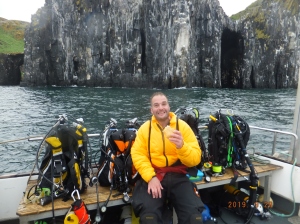 Quite a long haul back in worsening weather (the rain – URGHHHHH), Then a quick change and out to Eyemouth for tea.

With no promises for Saturday we awoke to sunshine and calm seas. Needing to stay in the shelter of the bay Black Carrs and Ebb Carrs were selected. Good choices. Octopus, Angler fish, Ling, shoal of juvenile pollack, wolf fish all sighted as well as lots of lobster and crab. 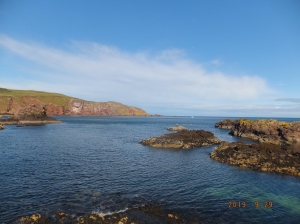 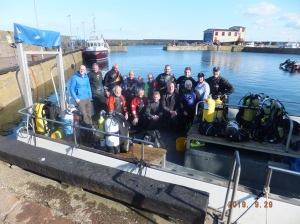 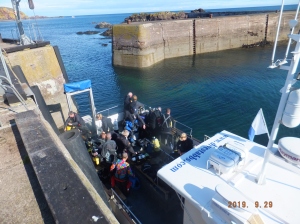 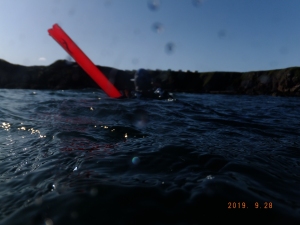 As evening drew close we saw the best of St Abbs in the sunshine as we prepared for our dinner at the New Inn, Coldingham. 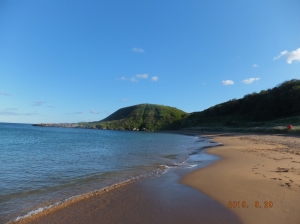 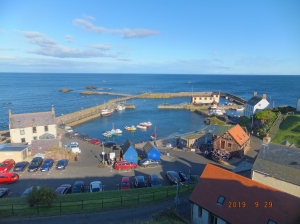 Paul warned us about Sunday and so no one was surprised when diving was cancelled. So an opportunity for a leisurely start and early set off for home.

Many thanks to Paul and Rachel (Dive St Abbs, Rock House and Shore Diver).